The lead acid batteries on my son's MX650 are dead and I'd like to rev this to a faster beast & use off-the-shelf Lithium One+ batteries so that they charge quicker & so I can use them for other things when the bike isn't in use.

And use (3) Ryobi ONE+ 6Ah 18V batteries in series to provide the juice: https://www.ryobitools.com/power-tools/products/details/one-plus-18v-lithium-plushp-60ah-high-capacity-battery-2-pack

Rumors are that a 9Ah equivalent is forthcoming from Ryobi:

I could then get (2) Superchargers (link follows) & use one of them to charge the battery packs & disassemble the second Supercharger so I can rewire it to provide (2) 54V parallel equivalent sets of (3) battery packs:

Or better yet - ElectricScooterParts.com could provide a custom part that would let us incorporate the power tool batteries easily into the frame ;?)

What do you think? Think it'd work?

The controller in our 48 Volt 1800 Watt MX650 kit has a 40 Amp current limit so it would be a good idea to see what the maximum continuous current rating of the Ryobi ONE+ 6Ah 18V battery is to make sure they can handle the amount of power that the controller will demand from them.

If three of the 18V batteries were wired in series to make a 54 Volt pack then with a 40 Amp load each battery would have up to 13.3 Amps of demand placed on it. If it winds up that they are not rated for 13 Amps then maybe six of them would be needed instead of three depending on how many Amps they can supply.

I searched around online for a while and could not find any information on the Ryobi ONE+ 6Ah 18V battery's maximum continuous current rating. I remember that a while back someone here on this forum wanted to use a Greenworks lithium tool battery on his scooter or go-kart and he called Greenworks and talked to a technician there who knew and gave him the maximum continuous current ratings of their batteries. I am not sure if Ryobi would be this helpful but it probably would not hurt to ask and see if anyone there knows.

Regarding a battery holder for multiple Ryobi ONE+ batteries, it would need to lock the batteries in place so they do not jump up and out of the holder when the bike is being driven. That type of fabrication project is a little too advanced for us and would probably require someone who has a 3D scanner and printer to make it happen. For a homebrew project though maybe a supercharger could be repurposed as a battery holder and something could hinge over the batteries and lock into place to keep them from jumping out.

What would you suggest for a Lithium Ion based battery solution instead of going the Ryobi route?

Basically I'm looking for something that'll power the MX650 at ~ 30MPH on flat roads for 20-30 miles using your kit.

Lithium battery packs in this range are available from many online marketplaces including us: https://electricscooterparts.com/lifepo4batteries.html 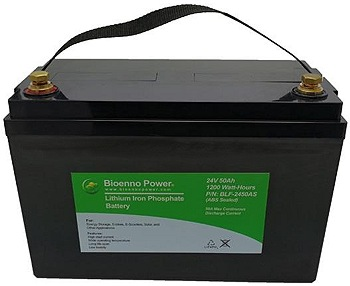