On a ZAP bike how do I convert a control module to a relay?

started a topic over 8 years ago
I purchased a 12 Volt RLY-2440 relay and a THR-20 on/off twist throttle to convert my ZAP electric bicycle from its original control module which is no longer available, to a 12 Volt relay. How do I wire it?

I would begin by disconnecting the battery and removing the old control module and then follow the wiring diagram below to install the new relay and throttle. The battery should be the last component that is connected to the circuit after it is completed. 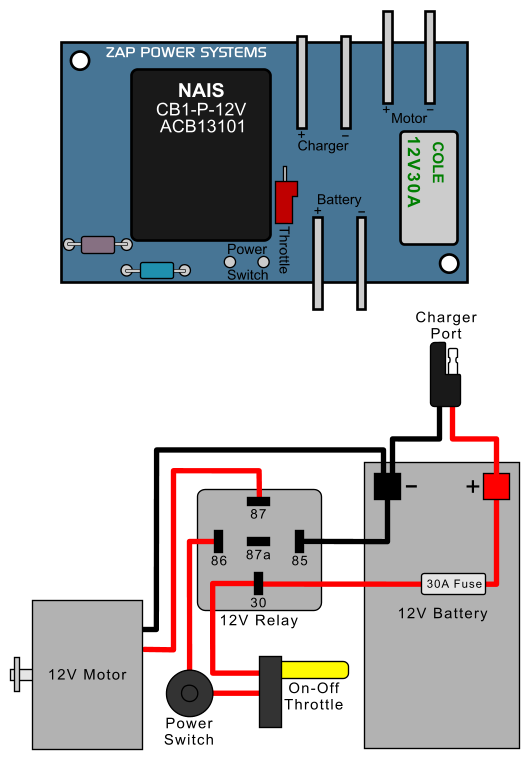 12 Volt automotive relays are available on our Relays Page  and they are also available at all auto parts stores. If you need a new  throttle the original yellow finger-pull On-Off throttles are  discontinued and no longer available however we sell an upgrade On-Off  twist throttle on the Zappy Classic Parts Page.

How much  speed will aquire and millage. Will You please help me to make this.