started a topic over 5 years ago
my kids electric quad won't work. the red kightbwill not come on and it won't charge. I have changed the fuse and still nothing. i would appreciate any help I can get. thanks

I have the exact same issue. I just ordered and received a Go-Bowen Electric Mini ATV Sonora .
it is a great little machine. however the charger light remains Green , even when not plugged into the battery. and after leaving it plugged in for 8 hours provides no additional charge to the battery.
SKU number is GB-SONORA-PINKCAMO.
any advise?

We can help with charger and charger port testing instructions, however, we can not find any photos or owners manual for the Go-Bowen Sonora electric ATV so we do not know what type of output plug is on the charger or what type of charger port it has.

If there is any way that you could attach photos of the charger plug and port then we would be able to help with troubleshooting instructions. 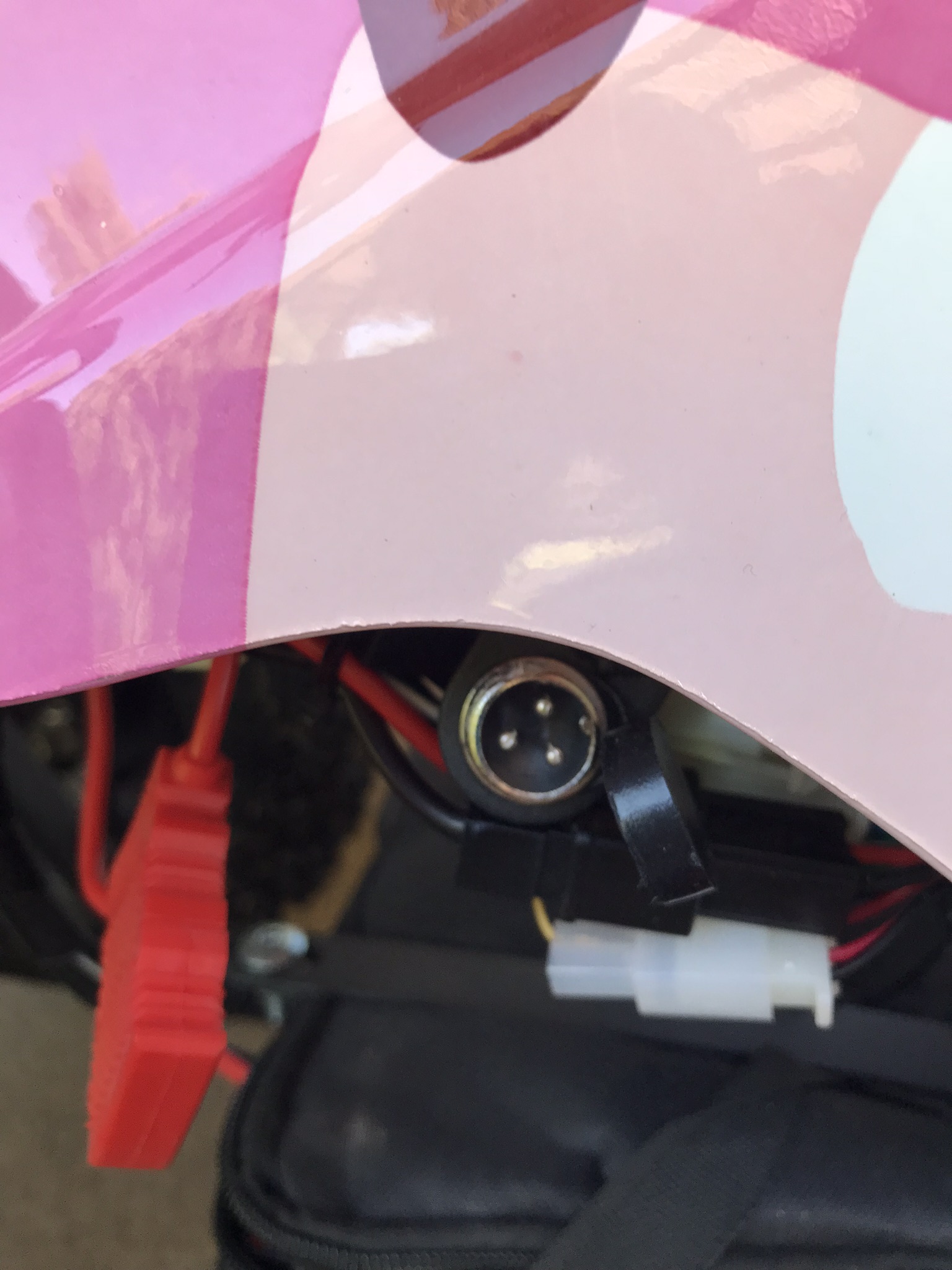 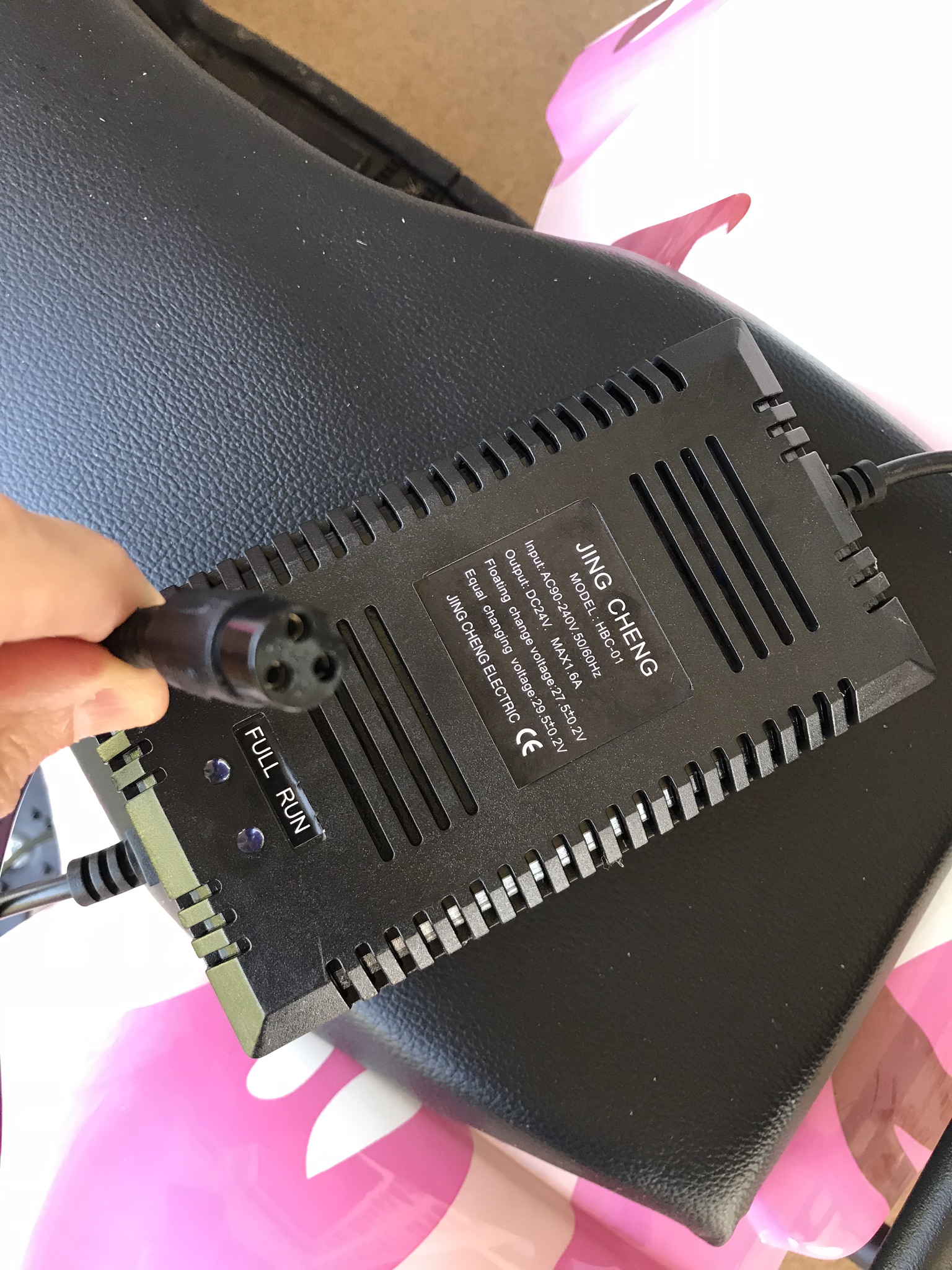 see picture of Charger and Charger Plug.. also the port on the ATV.

The charger plug and charger port can be tested to determine where the problem is.

The charger, when plugged into the wall, should have around 29 Volts DC at its output plug.

The charger port should have a little less Voltage, maybe around 25 or 26 Volts, however, if the battery pack has not been recharged then it might be a little less.

Here are the instructions for testing these parts. 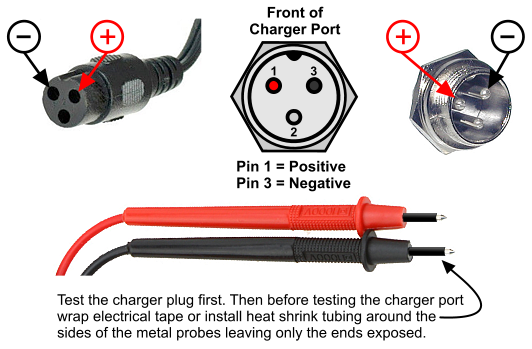 If the charger has zero output Volts, however, its green light is on, that usually indicates a blown fuse inside of the charger which could have happened from a polarity mismatch between the charger plug and charger port.