started a topic almost 6 years ago
I'm wondering if anyone can tell me what part I need to replace my sons crazy cart. It only runs on occasion depending on how he turns the wheel with his foot on the gas pedal. I've checked all of the words and nothing is loose or has come undone. Do I need a new controller, engine or foot pedal? Help please!!!!
2 people have this question
C

said about 5 years ago
Hi Conor, when the motor cuts in and out as the wheel is being turned that is usually caused by a broken motor wire. Please let us know how the repair goes.

said about 5 years ago
Hello fellow fathers/mothers or handy people. I have read your entire post on the razor. Applied the 12V Batt technique, the pedal technique and the checking of possible split wire. I took a Voltmeter to my Batt and they are putting out 26V. My issue is somewhat different. My son's cart will run 100% for a total of 60+ seconds and then die out. Intimitantly it will start over and shut off. Ideas? Thank you in advance.
M

said about 5 years ago
I'm in between the module or motor, bc I exhausted the other possibilities on this thread. Being that is goes 100% and slowly dies out I'm narrowing it to that. Advice is welcome

The other components of the electrical system such as the controller and motor usually either work or do not work, and if they work their performance will not decrease while they are being used.

Please let me know how it goes. 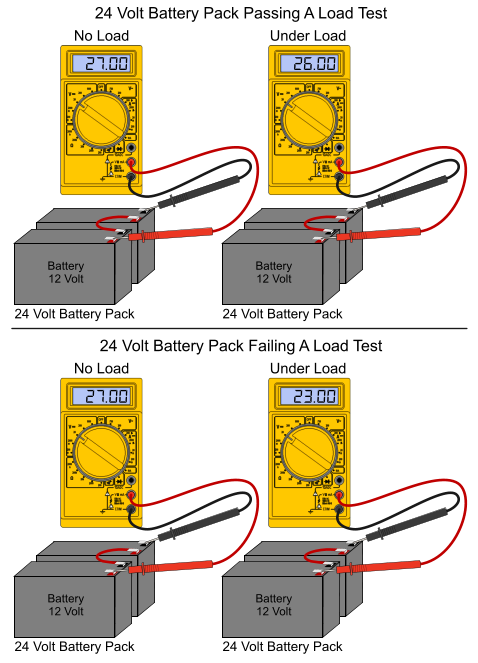 said about 5 years ago
ESP, Thank very much for the support. I will do this ASAP and post the results. Mike
M

said about 5 years ago
ESP, Load test failed. Went from 27 and kept dropping down to 20 ish. Thanks
R

said about 5 years ago
Guys, I changed the motor on Krazy cart, now it only goes backwards? Can anyone tell me what I did wrong?

This is a very easy to fix. All you need to do is reverse the positions of the wires between the motor and controller.

To do this unplug the motor from the controller. Then take a very small screwdriver and one at a time push the locking tab of the terminal pin flat with the pin and gently pull the pins out of the white plastic connector. Then restore the original positions of the terminal locking tabs using the same screwdriver and push the terminal pins back into the plastic connectors in the opposite positions that they were in when they were pulled out. I recommend marking the position of either the red or black wire with a permanent marker or tape so their original positions are not forgotten after the terminals are removed from the connector.

said about 5 years ago
This worked perfectly guys! Thx so much!
B

I have a crazy cart and it was working fine until recently.  Now the Batt lights are illuminated and when I press the pedal there is a quick jolt and then nothing.  I tried moving the wires but they are protected by a spring like sheath.  Any suggestions?

If the motor wires are broken then the motor will usually turn on and off when the steering wheel is being turned. The newer Crazy Cart models with wire springs wrapped over the motor wires usually do not have this problem though.

said almost 5 years ago
Hi! I have the same issue. Cart only works when the wheel is turned any amount to the left, from just slightly to all the way in reverse. I have a newer model with the spring around the motor wire. Sounds like that would be the issue from reading this thread. I don't see that wire available on the site. Is it something I can purchase? Or what do you recommend to get through that spring? Thank you!

The motor wire is built into the motor and is not replaceable as a separate part, however since it is just a simple electrical wire it can be repaired by splicing it back together, or by replacing a section of the wire by cutting and splicing new wires onto the old wires. If the wire is broken under the spring that presents a new repair obstacle though. The only way I can imagine removing the spring would be to cut the wires beyond the end of the spring and then pulling the spring off of the wires. Then the spring could be pushed back over the new wires before they are spliced onto the old wires to complete the repair.

Since the Crazy Cart's steering makes the motor wires frequently and severely bend that puts a lot of stress on the copper strands inside of the wires and they will sometimes fail from breaking in half due to metal fatigue. When replacing a section of the motor wires it would be best to use a wire that has a high copper strand count so it is very flexible. Most 14 gauge automotive primary wire has 19 strands of 27 gauge wire so they can not handle repeated bending very well. A better choice for a wire that will bend a lot is automotive speaker wire which typically has 41 strands of 30 gauge wire in a 14 gauge wire. Speaker wire is made with smaller copper strands than primary wire so it can easily bend around corners which makes it a good choice for applications requiring repeated bending. Not all speaker wire has such a high strand count though so if you do wind up purchasing speaker wire for the repair then I recommend making sure that it has a high strand count.

Thanks guys!  I appreciate it.  I'm going to pick up some of the high strand count speaker wire and see if that fixes it.  I'll update once I get it done, thank you again!